The Indonesian martial artist, who got his big break in cult hit 'The Raid,' is fast establishing himself as the next big action star from Asia.

Iko Uwais burst onto the scene in 2011's The Raid, the high-octane Indonesian action film directed by Gareth Huw Evans that wowed the critics, gained a cult following and spawned an equally lauded sequel.

With icons Jet Li and Jackie Chan on the wrong side of 50, Uwais, famed for his frenetic fight style, has been tipped to take over and establish himself as the pre-eminent Asian action hero. His star has risen so fast, Hollywood has already come knocking, with an integral role in Peter Berg's Mile 22, currently playing in theaters, and even a cameo in Star Wars: The Force Awakens alongside his Raid co-stars Yayan Ruhian and Cecep Arif Rahma

“Getting calls from Hollywood has been quite surreal to be honest , says Uwais. Making a living out of my real passion, which is Silat; that’s certainly a privilege for me.” 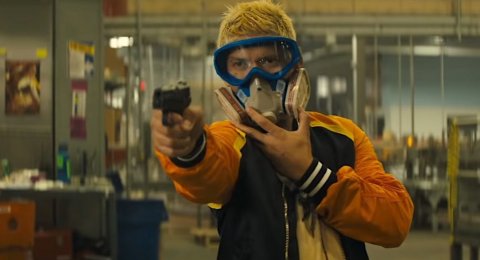